A trip to the ballpark is always fraught with unhealthy, yet desirable foods. Nachos, hot dogs, Cracker Jacks: they’re all around you once you grab a seat inside the stadium.
Many Major League Baseball teams have health-conscience options, but let’s face it: a trip to the ol’ ballpark wouldn’t be the same without a little indulgence. The problem is, Major League Baseball teams have taken those favorite guilty pleasures and blown them up – literally – to gigantic proportions.
And they have no problem with their tactics, even if they’re contributing to the waistlines of Americans.
It’s not just the crazy combinations; in Baltimore, for example, you can get a crab mac & cheese dog, while in St. Louis, a bratwurst encased in a soft pretzel is a big seller. More and more teams are creating belly-busting platters of gluttony.
And while they wisely say these super-sized ballpark foods are meant for multiple people, they know they’re attracting the eyes – and stomachs – of hundreds (if not thousands) of fans each night looking to take down these largesse creations.
Take the Chicago White Sox. Just this week, they introduced a reinvention of a childhood favorite: the batting helmet sundae. Remember those? A miniature baseball team helmet with soft ice cream, a little chocolate sauce and a cherry?
Well, the North Siders have taken this childhood classic and gone to the extreme. For $17, you’ll get a 12-scoop, 3-pound banana split (two bananas, of course) with all the toppings: chocolate, strawberry and caramel sauce, whipped cream and cherries, all served in an actual size batting helmet.
White Sox brass says it serves four people and is “for a family,” but they know that’s not the case, and are even encouraging a single-man takedown. Says Brooks Boyer, the team’s vice president of sales & marketing:
“I’m sure a couple of fans are going to try to crush it alone… That being said, we’ll have something special for the first person who takes it down by themselves.”
The oversized sundae is just the latest in ballpark super foods. At Phoenix’s Chase Field, you can treat yourself to the $25 D-Bat Dog while watching the Arizona Diamondbacks: a 1.5-foot long corn dog stuffed with cheddar cheese, jalapenos and bacon. And of course, it’s served with a side of fries.
Looking for something the whole family can enjoy? In Washington, D.C. at Nationals Park, one can order the Strasburger: a cheeseburger with all the usual fixings. Oh yeah, it’s an eight-pound cheeseburger. Like I said, the whole family – stadium officials say it’s meant to serve eight. For $59, you get a side of fries and pitcher of soda, too.
And even at eight servings, that’s still a one-pound cheeseburger per person.
Major League Baseball teams are even jumping on the all-you-can-eat bandwagon: In 2012, the Los Angeles Dodgers introduced the All-You-Can-Eat Pavilion. For $30-$45 (depending on their opponent), you get a ticket to a special section in the outfield bleachers where a smorgasbord awaits: as much stadium fare – hot dogs, nachos, popcorn, peanuts, soda and water – as you can eat during the first seven innings of that day’s game.
And the Dodgers even sold naming rights for this pavilion. The All-You-Can-Eat Pavilion is presented to you … by Coca-Cola.
But the award for the most gluttonous ballpark food has to go to the Texas Rangers. At Rangers Ballpark in Arlington, there is a veritable cornucopia of excess. Among the chief contributors to waistline explosion:
·The Sausage Sundae, a peppery sausage link halved that contains garlic mashed potatoes, macaroni and cheese, and chopped brisket;
·Bacon on a Stick, a three-quarter-inch thick Hungarian-smoked bacon strip dipped in maple syrup, and finally;
·The Boomstick, a one-pound, two-foot-long hot dog smothered with chili, cheese, jalapenos and caramelized onions.
I guess everything is bigger in Texas.
And this is just the food available at Major League Baseball stadiums. A host of Minor League Baseball teams are running food promotions that cater to gut-busting food feats. A popular television show even toured many of these ballparks to showcase the insanity.
What do you think of the oversized foods being served at sporting events? 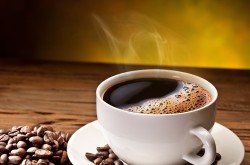 Reduce the Risk of Type 2 Diabetes with Coffee?

Who would have thought that coffee would help reduce the risk of Type 2 diabetes? Well, apparently it can.  A couple of recent studies released… 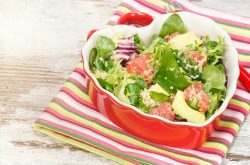 By: Sue Pasqual When it comes to summer cookouts, it is easy to stay on track with your TLS program.  One of the best tips… 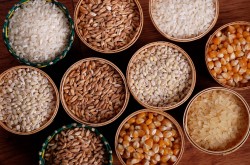 All About Grains and Health

The definition of a grain is the seeds or fruits of various food plants including cereal grasses. Grains fall into the carbohydrate category which can…