Spice up your Heart 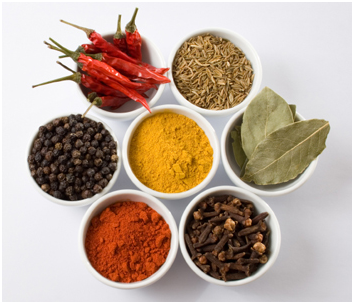 By Kerri Whatley and the TLS Team

When it comes to spices there is no need to be stingy. Penn State has done research that has found heavily spiced meals like chicken curry with lots of turmeric or desserts rich in cinnamon and cloves may do your heart some good.

“Elevated triglycerides are a risk factor for heart disease,” explains researcher Shelia West.
Her study found that a spicy meal helps cut levels of triglycerides which are a type of fat in the blood even when the meal is rich in oily sauces and high in fat.

She also documented a reduction of triglycerides by about one third. This compares with individuals who ate the same meal but minus the spices. This is good news for all the curry loving folks out there. Curry is made up of made with lots of turmeric or bold amounts of garlic and oregano. During the study, they used a blend that included these spices, as well as paprika, rosemary and ginger.

West intends to continue with this line of research, and later this month will present the results of a second study that replicated these triglyceride findings. Next step: determine which of these spices — at what levels — may be most beneficial.

“To me, the biggest advantage [found in the study] is the lowering of triglycerides and the insulin levels [which dropped about 20 percent],” explains cardiologist Ravi Dave of the University of California, Los Angeles who has reviewed West’s spice researchstudy. He explains that keeping these levels low can lower the risk of metabolic syndrome — as well as diabetes and heart disease.

For now, Dave endorses traditional Indian spices — which he and his family use at home — such as turmeric, cumin and coriander, to jazz up food.

]By Crystal H. Shelton, Senior Scientific Researcher Over the years our diets have transformed, and unfortunately our health has been negatively affected by this change. Our… 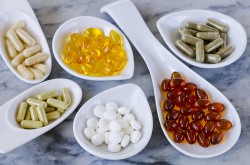 By Mark Lange, PH.D., Director of Quality Control Understanding diet deficiencies can help determine whether supplementation is ideal or not for you. The Academy of…