Ditching the Couch and Junk Food could go Hand-in-Hand 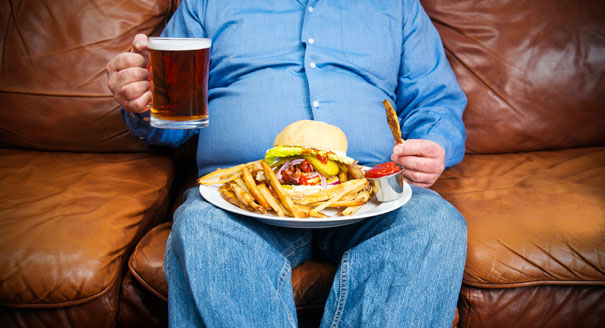 by Will Llamas and the TLS Team

Whether you’re saying it to your kids or people are saying it to you, you’re probably familiar with the motivational phrase “get your butt off the couch.” Besides preventing you from being sedentary and promoting healthier activity, ditching the couch could have another health benefit according to new research. Results of a recent study have suggested that if you get up off the couch, you are more likely to shy away from junk food.

The study, conducted by researchers from Northwestern University monitored 204 adults’ behaviors and habits with regards to healthy lifestyles. They found that while sitting in front of the TV, adults are: 1) not exercising, 2) watching enticing commercials for food they want to eat, and 3) mindlessly eating because their focus is elsewhere on the TV.

These conditions are a health disaster in the making, and many people regularly fall victim to them. But, when the researchers directed their participants stop watching TV, they another change; they didn’t eat as much junk food. They discovered that small lifestyle changes often piggyback on each other creating a “domino effect.” Without the most popular venue for eating junk food available, many people were cutting down. So, stopping one unhealthy habit deterred further unhealthy habits. This will certainly lead to more research to see if other behavioral changes support a similar domino effect.

This goes to show you that a healthy lifestyle is easier to achieve than you think. Start small, and you’ll be living better in no time.

Have you been taking your Pro-Biotics?

By: Dr. Deedra Mason We have under estimated the importance of such a small step! This is why Probiotics are part on my “Basic 5”…

I recently could not stop salivating over thoughts of Pasta Salad. I tried all the tricks to satisfy the craving – drink lots of water,…