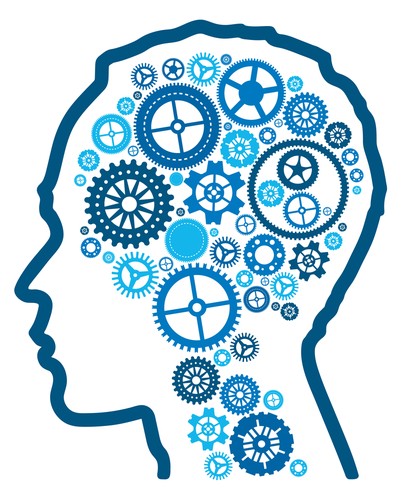 Cognition is defined as “the mental faculty or process of acquiring knowledge by the use of reasoning, intuition, or perception.” Maintaining cognitive health is important as it relates to memory, concentration, attention and learning. Unfortunately, as we age, certain mechanisms in our brains tend to change and our cognitive ability can become impaired. Ingredients found in nutritional supplements have shown promise with helping to restore the areas which affect cognitive health, thus improving brain function and overall brain health.

Vinpocetine is an extract derived from the seeds of the common periwinkle (Vinca minor) plant. It appears to have many varied pharmacologic effects, many within the nervous system. Proving to be beneficial for brain function, vinpocetine readily crosses the blood-brain barrier and helps support normal blood flow and optimal cerebral circulation. It is a potent vasodilator and acts directly on vascular smooth muscle, but can also lower blood viscosity and decrease platelet aggregation. It has also been shown to function as an antioxidant and promote glucose and oxygen consumption by the brain. Effects of these various mechanisms include improved concentration, enhanced mental alertness and obvious improvements in attention and memory.

Alpha lipoic acid, also referred to as ALA, is a fatty acid found naturally inside every cell in the body. It is considered very essential and is needed by the body to convert glucose into energy, required for our body’s normal functions. Alpha lipoic acid also works as an antioxidant, helping to neutralize free radicals and prevent oxidative damage. It is unique because it functions in both water and fat, unlike vitamins C and E which are more common. For its role in cognitive health, alpha lipoic acid crosses the blood-brain barrier, passing easily into the brain and protecting it and the nerves from free radical damage. In its functioning as an antioxidant, as well as its capability to recycle other antioxidants (vitamins C & E), alpha lipoic acid helps protect the brain and slow the progression of age-related memory loss.

Huperzine A is derived from the fir moss Huperzia serrata, also known as Chinese club moss. It has been widely studied for its roles in cognitive health, specifically in dementia and Alzheimer’s. Huperzine A helps increase the neurotransmitter acetylcholine, which is important for promoting normal learning, memory, cognitive well-being and healthy nerve transmission. By helping maintain normal concentration of acetylcholine, huperzine A shows big promise for cognitive health. It also appears to have some antioxidant capabilities and works to reduce free-radical damage in the brain. Clinical studies have reported significant improvements in memory in aged subjects as well as enhanced cognitive and behavioral function in people with cholinergic dysfunction and/or decreased cerebral blood flow. Huperzine A is highly selective, has a higher oral bioavailability, better penetration of the blood-brain barrier and longer duration of activity than other acetylcholine esterase inhibitors.

There are a variety of issues which can cause problems in the brain such as inadequate blood flow, free-radical damage and depleted levels of neurotransmitters like acetylcholine, thus negatively affecting cognitive health. Fortunately, ingredients such as vinpocetine, alpha lipoic acid and huperzine A have all been proven to provide positive effects in promoting optimal cognitive health. Try these ingredients to help keep your memory in the best shape!

Grilling is one of the most gratifying parts of summer.  It is a time for family and friends to gather and enjoy good food and… 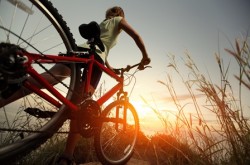 5 Ways to Beat the Heat During Your Summer Run

Hurrah! The weather is finally warm enough to enjoy outdoor workouts like hiking, biking, and trail blazing. Exercising in the great outdoors comes with some…