By Kerri Whatley and the TLS Team

For those of us who have their normal workout schedule but are concerned it isn’t enough may be able to rest easy. Recent studies show that the amount of exercise needed to help improve health and longevity is more modest than once thought.

In one of the most compelling new studies presented at the American College of Sports Medicine in San Francisco last week. Researchers from University of South Carolina Arnold School of Public Health and other institutions picked through health records of over 50,000 American adults who have had a physical in the years between 1971 and 2002. Each participant finished physical testing and an activity questionnaire and returned for an additional follow up visit.
From this, researchers found that 27% of participants were regular runners; however, the amount and pace were greatly spaced apart.

Throughout the study, close to 3,000 participants had died; however, the death rate was a lot lower among the group of runners. On average participants had a 19% lower risk of dying from any cause than the group of non-runners.
Based off of the participant’s self-reported activities, researchers concluded that running in moderation yielded the most benefits. Those who ran up to 20 miles per week with an average of an 11 minute mile lowered their risk of dying during the study more effectively than those who didn’t run, or those who ran more than 20 miles a week at a pace of 7 miles per hour. “These data certainly support the idea that more running is not needed to produce extra health and mortality benefits,” said Dr. Carl J. Lavie, medical director of cardiac rehabilitation and prevention at the Ochsner Medical Center in New Orleans and an author of the study. “If anything,” he continued, “it appears that less running is associated with the best protection from mortality risk. More is not better, and actually, more could be worse.”

This analysis mimics the results of another study of activity and mortality in which Danish scientists used 27 years’ worth of collected data for the continuing Copenhagen City Heart Study. They reported that people who spent one or two hours per week jogging at an average pace had a study period had longer life spans than those who chose to run at a faster pace. This small amount of exercise led to an rise of, on average, 6.2 years in the life span of male joggers and 5.6 years in women.
“We can say with certainty that regular jogging increases longevity,”Dr. Peter Schnorr, a cardiologist and an author of the study, said in presenting the findings at a clinical meeting organized last month by the European Association for Cardiovascular Prevention and Rehabilitation. “The good news is that you don’t actually need to do that much to reap the benefits.”

“The relationship appears much like alcohol intakes,” he continued. “Mortality is lower in people reporting moderate jogging than in non-joggers or those undertaking extreme levels of exercise.”

…So it doesn’t take much to get what you need from exercise. Get active and stay active! 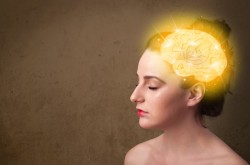 Taking Care of your Brain & Body

by Theresa Greenwell, International Science Often we think about taking care of our brains and bodies separately. Many of us don’t even realize that by taking… 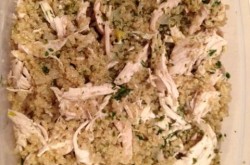 Coach Lydia was great enough to share one of her Mom’s favorite recipes with us today! Enjoy: I took one of my favorite dishes my… 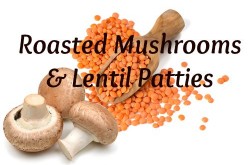 by Theresa Greenwell, International Science   These tasty patties are great for vegetarians or any individual following a meat restricted diet. Serves:4 Ingredients: ·         ½ cup…